Non-surgical facelift (thread lift) is not a new procedure, it is a method applied in the field of plastic surgery for about 10-15 years and but it was given up because it has no long-term effective results. However, facelift threads have been developed with improved technology and their persistence has been increased so that non-surgical thread lift, facelift has become more popular. 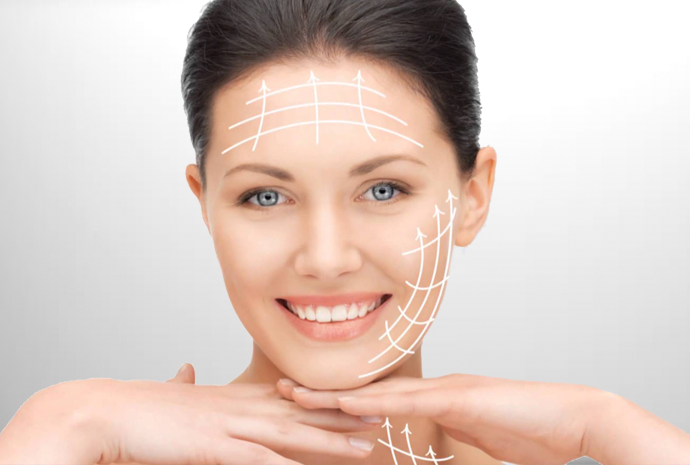 There is no successful procedure like surgery, and every non-surgical procedure has to postpone the need for the surgery. Non-surgical thread facelift delay also the surgical procedure until 2-3 years. This is actually a good time for many of us. Thread facelift method began to be applied by unauthorized persons by using the threads produced in the Far East and got into the market, which we have no idea about their quality.

As far as the Far East involves in this sector, the threads have started to be recognized in the market with its poor quality but very cool. For example, “Facelift with golden threads”, “Facelift with organic threads” etc. These threads are irrelevant to reality, the threads which are applied under the skin in every thread facelift method with are dissolvable. The fact that these threads are gold or organic is not an extra feature.

Original non-surgical thread facelift materials come from the USA with the FDA approval. The name of these threads is Silhouette. In order to obtain effective permanent results, it is necessary to use these threads or structurally similar threads. Silhouette corrects the sagging skin tissue thanks to the soft thread and makes the tightening process immediately visible.

The procedure performed with Silhouette soft lasts for about 30-45 minutes and the postoperative effect is immediately seen. Non-surgical facelift and neck lift can be done easily with these threads.

Who can have HIFU facelift Treatment?

The non-surgical facelift treatment can be applied to any patient in whom sagging occurs due to gravity. However, patients who are very slim and have facial sagging are not suitable for this treatment.

How is the recovery process after the HIFU Facelift Treatment?

After the facelift treatment is performed, you will have mild oedema on your face for the first 2 weeks and this oedema decreases and disappears over time. Patients having facial tightening with focused ultrasound treatment usually complain that there is no tightening on the facial area after oedema disappears. The reason for this is the formation of fibrosis tissue in time and after 3 months the lifting and tightening become noticeable.

However, non-surgical facial tightening treatment is not as successful as surgery. Patients who have facelift treatment should keep in mind this detail.

Are There Disadvantages of Facelift Treatment with Focused Ultrasound (HIFU)?

Facial tightening with focused ultrasound (HIFU) is effective in the SMAS layer. The nerves of the facial region pass under this layer and these nerves may be temporarily damaged by the heat effect. This situation is completely temporary and going back to normal is average 3-6 months.