The prominent ear is a word among the public that I do not like very much and I find it quite rude; It is a defect which is formed by external factors in infancy or congenital and it does not need surgery when it is treated in the early period. The appearance of the prominent ear is that the ears stick out from the side of the head and it requires surgery due to aesthetic and psychosocial reasons rather than health problems. 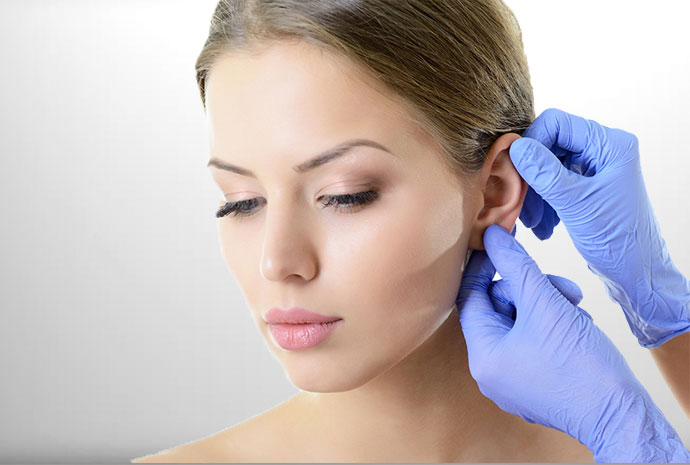 Under normal conditions, the prominent ear treatment is an operation that should be performed at the latest 4-5 aged. Because cartilages have not completed their development and are softer, the success of the surgery and the possibility of cartilages to fit into the formed shape are quite high. In fact, it is sufficient to use ear bandage even for the prominent ear treatment under the age of 1 year.

How Is Prominent Ear Surgery Performed?

The average age for otoplasty in our country is about the age of 20. For this reason, the techniques and materials used in the surgery are very important and there is a possibility of stitches opening in the first 2 years. Otoplasty operation is performed locally and lasts for 60 minutes. With a small incision made from the back of the ear, the cartilages are shaped by appropriate sutures and the cartilage parts causing to protrude are removed.

How Is the Process After Prominent Ear Surgery?

After otoplasty operation, you will have dressing with bandages for the first 2 days. Then, this dressing will be changed by ear bandage. After otoplasty operation, I recommend that you wear this ear bandage for 24 hours in the first 30 days; but if the bandage disturbs you after 10 days, bandana or tennis bands can be preferred. After 30 days, I just want you to keep putting it on at nights. That’s why, in the first 2 months, it is very important that you protect your ears from hit and friction while you are turning inside the bed.

Does Any Scar Remain After Correction of Prominent Ear Surgery?

After otoplasty operation, your sutures are removed between 2nd-3rd weeks and the oedema from the current operation is completely lost during this time.

In the first 2 years after otoplasty operation, the rate of the opening of the sutures is between 3*5% and in such case opening part will be closed by an incision made from the same line.

In otoplasty operation, since sutures scars are hidden in the back of the ear, it does not bother you in any way.