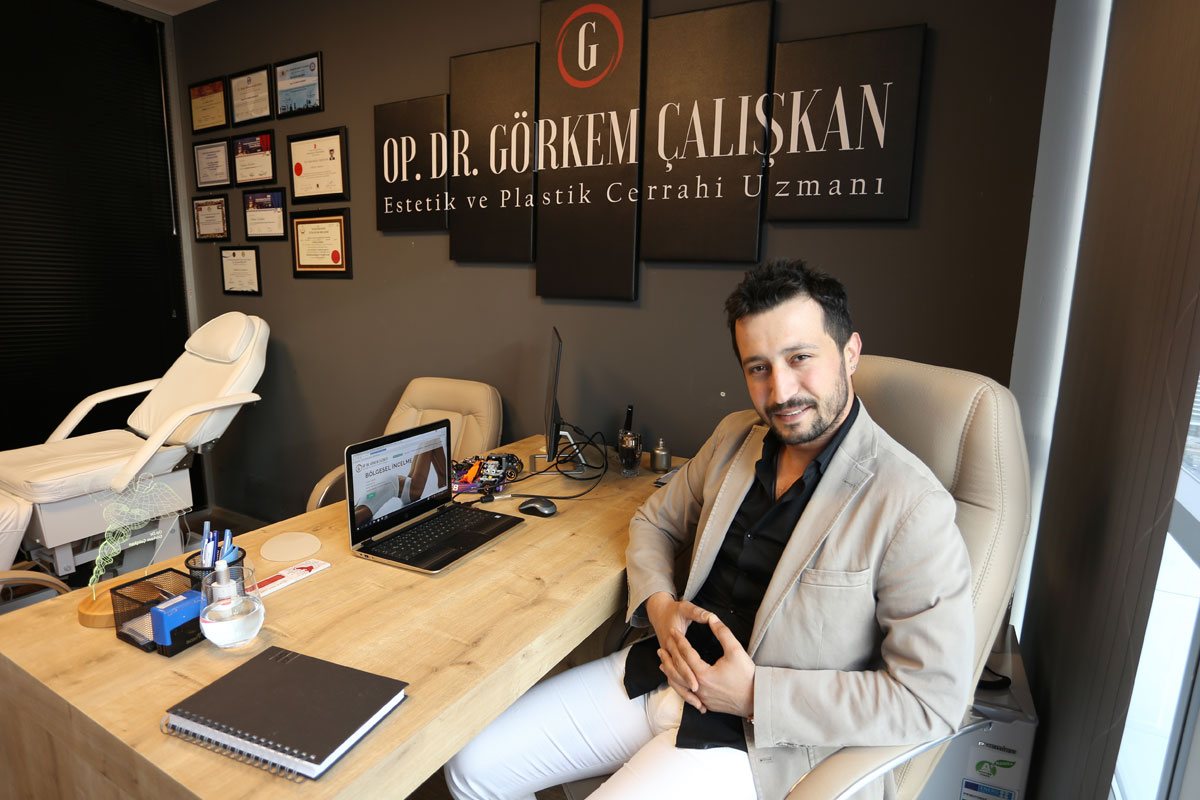 Surg. Görkem Çalışkan, MD was born in Izmit on 24.10.1982. He completed his primary education at İhsaniye Primary School and his secondary education in Gölcük Anatolian High School. After completing his high school education at Çanakkale Science High School, he continued his education in Ankara by studying at Hacettepe University Faculty of Medicine in 2001. After graduating from the faculty of medicine in 2007, he worked as an assistant by being entitled to enter Hacettepe Department of General Surgery in TUS examination (Specialty in Medicine Examination). Because of being influenced by the plastic surgery department he experienced during the assistantship period, he resigned from general surgery and entered TUS again; in this time, he completed his compulsory service in Hakkari. After passing TUS, he began his education at Izmir Atatürk Training and Research Hospital Plastic Rec. and Aesthetic Surgery Clinic in 2009 and he was entitled to get a specialty in 2014.

After his specialty training, he continued to work at Muş State Hospital and then at Turgutlu State Hospital. Throughout his education life, he participated in many studies and published notices in congresses. He is currently working in his own plastic surgery clinic.